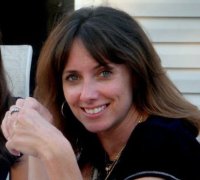 Chills consume the vertebrates of my spin while I continue to research the unfortunately well known story of Andrea Yates. She was a mother of five children, a stellar student, a valedictorian and a nurse. However, today she is known as being a murderer of her five children. “In 1993, she married Rusty Yates, who was a disciple of preacher Michael Peter Woroniecki.” (A&E Television, 2010) Six years after she was married, she “was treated for postpartum depression and psychosis, illnesses that ran in her family.” (A&E Television, 2010) Andrea went into severe depression following the birth of her fifth child and the death of her father. Her depression was so severe she was admitted unwillingly into a hospital known as The Devereux-Texas Treatment Network. Her doctor, Dr. Mohammed Saeed who prescribed her the series of psychotropic drug treatments, also “abruptly tapered off the antipsychotic Haldol, a medication that helped Andrea recover in 1999.” (A&E Television, 2010)
In 1986 Andrea Yates, graduated from the University of Texas School of Nursing. From 1986 to 1994 she worked as a registered nurse at the University of Texas M.D. Anderson Cancer Center. In 2001, within an hours time of her husband leaving her and her mother-in-law on the way to visit her, Andrea Yates drowned all five of her children in the bathtub. Five years later, “On July 26, 2006, Yates was found not guilty by reason of insanity and was committed to North Texas State Hospital.” (A&E Television, 2010) During the same year prior to her murders, Andrea Yates “had a history of psychiatric hospitalizations and two suicide attempts, was later diagnosed with postpartum depression with psychotic features and schizophrenia.” (RUIZ. R., 2006) According to the The National Institute of Mental Health, Postpartum depression is defined as:
Biological changes in mothers that occur after childbirth are
often accompanied by significant changes in family roles and
responsibilities as well. Generally, postpartum depression (PPD)
is thought to be associated with the drastic changes in hormone
levels that occur during and just after pregnancy. (Insel, MD., 2010)
Although a general definition above, the type of depression Andrea Yates had was more intensified as it was accompanied with psychotic features and schizophrenia. This type of depression “occurs when a severe depressive illness is accompanied by some form of psychosis, such as a break with reality, hallucinations, and delusions.” (Insel, MD., 2010) Andrea Yates believed she was the devil. “she lived for months with confused thoughts not only about right and wrong but also about good and evil–because she believed she was the devil.” (Roche, 2002)  While Andrea Yates was being arrested she said “I was so stupid. Could I have killed just one to fulfill the prophecy? Could I have offered Mary [her youngest]?”(Roche, 2002)
Page 2 – Behaviors and The Treatments
Page 3 – Brief Discussion of Her Court Case / Discussion
Page 4 – Whether or Not I Agree or Disagree With The Courts’ Decision

One thought on “In The Fires of Hell – Andrea Yates”